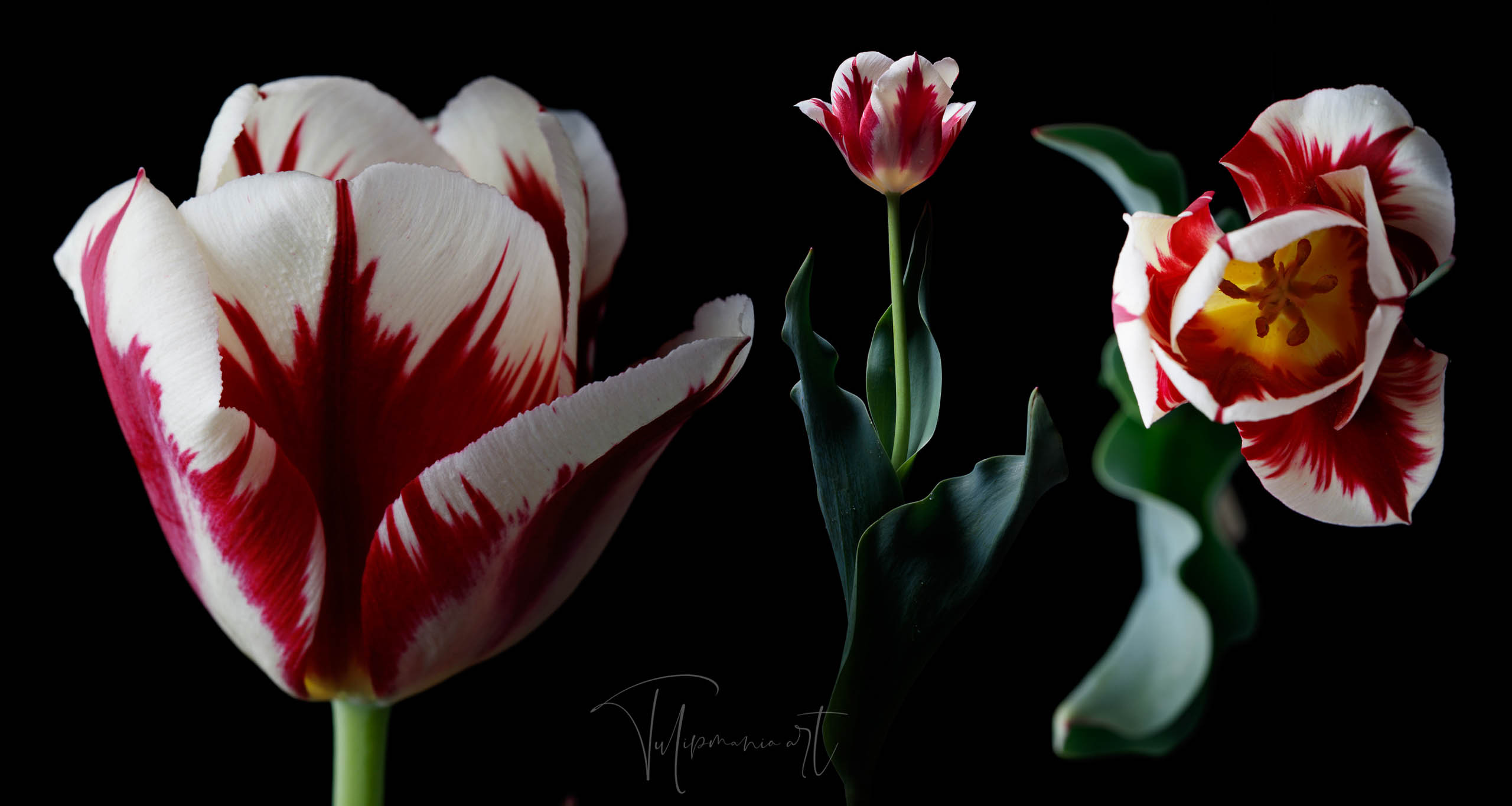 A collection of remarkable facts about tulips

The flamed and streaked bi-coloured tulips praised in the tulip mania times were affected by the “Mosaic” tulip breaking virus, spread by aphids, and are almost extinct nowadays. However, the longing for the dazzling tulips of tulip mania times, with their striking colouring of unparalleled beauty, lived on for centuries after the tulip mania was long over.

The tulip growers put incredible efforts into breeding healthy and stable tulip varieties, the appearance of which would resemble the old tulip mania tulips, and they succeeded admirably. A quite significant group of disease-free, modern tulip varieties, bearing the flames and feathers characteristic for the tulip mania blooms, have been created through careful and assiduous selection. Among them count the beautiful “Grand Perfection”, “Prinses Irene”, “Rems Favourite” and a series of other flamed bi-coloured varieties. Together they form a separate group of tulips, called Rembrandt tulips, or simply Rembrandts, after the famous Golden Age painter – Rembrandt van Rijn.

It is curious that Rembrandt, despite being one of the most prolific and significant painters of the Dutch Golden Age, has never dedicated himself to flower paintings and there is only one tulip flower featured in his works. It is obviously a precious broken tulip of the tulip mania times and it is crowning, like a true jewel and a queen among the flowers, the head of Flora – the goddess of spring and fertility, on the portrait “Flora”, featuring Rembrandt’s beloved wife Saskia as the Roman deity.

Tulips keep growing after having been cut

09/06/2020
Tulipmania Art
Seems surprising, but is absolutely true, the regenerative powers of tulips allow them to keep…
Read More

There are tulips that have more than one flower per stem

03/09/2020
Tulipmania Art
While it is true that the majority of tulips are odourless, some of them are…
Read More

It takes 6 years to grow a tulip from a seed

19/10/2020
Tulipmania Art
Even though we are used to perceiving tulips as bulbous plants, they can also propagate…
Read More
Load More
“Everything you didn’t know about the tulip”

Did you know that tulips don’t have petals and can grow from seeds and not only from bulbs? Have you ever heard of the tulip formula, the tulip coin or one single tulip bulb serving as a bride’s dowry? Were you aware that the Peace tulip is actually dedicated to John Lennon and Yoko Ono? All these and many more other curious facts about the tulip will be revealed in all detail in our book.

The book is in progress. If you are interested in acquiring it, please subscribe to get notified when it will be launched.

Just enter your e-mail below and push the SUBSCRIBE button, we will let you know as soon as the book will be printed and available to buy.