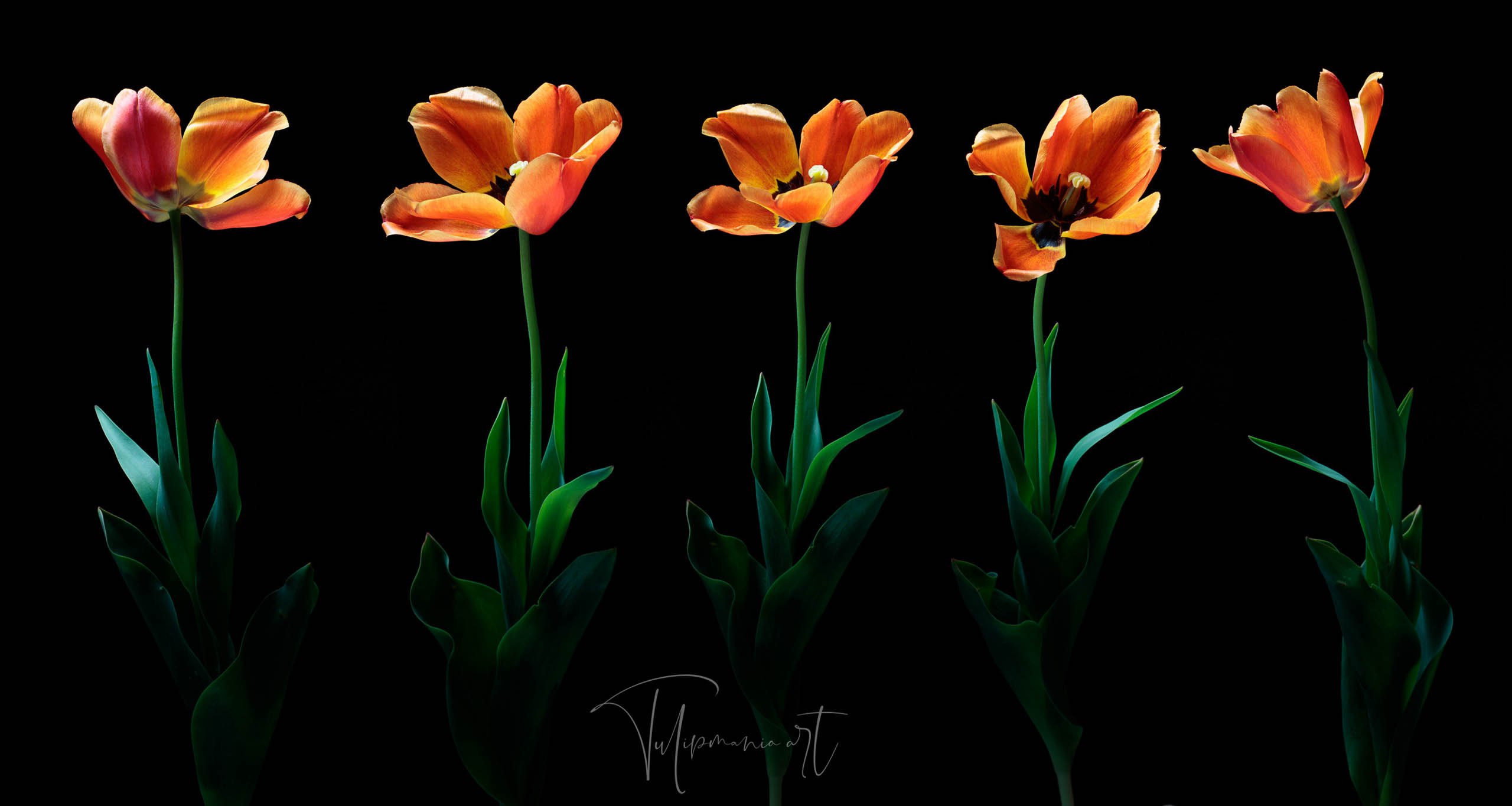 A collection of remarkable facts about tulips

There are vases especially designed for holding tulips

Tulips have mesmerised people for centuries in different countries around the world and it was somehow normal and even inevitable that such a praised flower would inspire for the creation of a special vessel, designed to emphasise its beauty and uniqueness.

It is hard to think of a vase especially designed for one type of flower, but the tulip has even two vases for itself and they both come from two different countries, which adulated the flower for centuries.

The tulipière, literally translated from French as tulip-holder, is a Dutch vase made of hand-crafted pottery, usually white-blue delftware, since historically produced in the city of Delft. The design of the vase typically presents several spouts protruding from a central base, which serves as a water reservoir. The spouts are meant to accommodate one tulip each, this way every flower can be individually admired in all its beauty. It is curious that none of the Golden Age flower still lifes has ever depicted tulips in a tulipière, the reason for this fact is that the vase appeared around 50 years after the Dutch tulip mania was over and the Golden Age was drawing to its end.

Another vase created especially for the tulip is the Turkish laledan, drawing its name from “lale” the Turkish word for tulip. It is a vase with a narrow and long neck and a large body, designed to help maintaining the elongated stems of the tulip straight and, at the same time, well hydrated. Unlike the tulipière, designed to display more tulips at the same time, the laledan was used for holding one single tulip, presented and admired as a jewel in a precious frame.

Laledan – @topkapi_sarayi – from the collection of Beykoz glassware, manufactured between the 18th and 19th centuries

The most praised Turkish tulips, unlike the tulips sought after by the Dutch during tulip mania, had elongated and pointed, almost dagger-shaped petals.

22/06/2020 Tulipmania Art
It is curious how the standards by which a flower’s beauty is appreciated may differ across time, countries and cultures. We all remember the majestic …
Read More

There are tulips that have more than one flower per stem

13/07/2020 Tulipmania Art
Although the classical image of the tulip most of us picture is a single flower crowning the top of the stem, it is not uncommon …
Read More

There are vases especially designed for holding tulips

Tulips keep growing after having been cut

09/06/2020 Tulipmania Art
Seems surprising, but is absolutely true, the regenerative powers of tulips allow them to keep growing after being cut and placed into a vase. If …
Read More
Load More
“Everything you didn’t know about the tulip”

Did you know that tulips don’t have petals and can grow from seeds and not only from bulbs? Have you ever heard of the tulip formula, the tulip coin or one single tulip bulb serving as a bride’s dowry? Were you aware that the Peace tulip is actually dedicated to John Lennon and Yoko Ono? All these and many more other curious facts about the tulip will be revealed in all detail in our book.

The book is in progress. If you are interested in acquiring it, please subscribe to get notified when it will be launched.

Just enter your e-mail below and push the SUBSCRIBE button, we will let you know as soon as the book will be printed and available to buy.